Around the time I graduated University I became fascinatedwith photography. It became my first passion. I dreamed of becoming a professional photographer.

I loved photography so much that –at one point- I built a darkroom from scratch, rented a large loft space to have my ideal studio setup and eventually married a photographer – who I admired, because he was so confident with his craft and was among the few successful working photographers I’d met. Most other photographers I encountered all struggled to make ends meet.

The thing I loved about photography was that it gave me a tool with which to express myself emotionally, to do something from the heart, to capture moments of truth -powerful enough to bring me to tears. It increased my capacity to feel, and heightened my awareness and ability to connect with other people.

Some of the most blissful, spiritual, loving, heart-felt moments I’ve ever experienced, happened in the dark room, under the amber lights, by myself, as I witness an image come to life in the developer.

I wanted to share that with you, because it is a big part of where I came from, and my foundation for writing. Actually, I stopped taking pictures, after accidentally discovering that the same creative, powerful, spiritual experiences can be evoked through writing – as I do here (which is my other dream come true story).

I also wanted to share that with you, because I want to tell you what I learned through my experiences of going from amateur to semi-pro in the photography world in a short span of time.

I learned these things in making my photography dream a reality:

I just want to spend a moment on Audacity, and the importance of it in seeing our dreams come true.

When you are trying to make it in any industry as a newbie, having the guts to approach people you don’t know –despite fear and insecurities- is probably your fastest route to success in that industry.

My dream was to capture images that moved people, to capture a moment of truth, and to have my photos published. I knew it was going to happen, someday, but I didn’t know how. In the mean time, I did everything I could to get my self closer to my dream vision.

When Anthony Bourdain visited Seattle on a book/talk tour, I walked up to him and asked him if I could have 10 minutes of his time. And to my surprise, he said yes. Here’s the photo I took from that day: 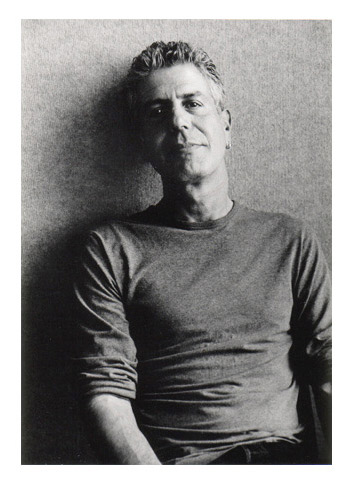 I did the same with Douglas Coupland. Here’s his photo: 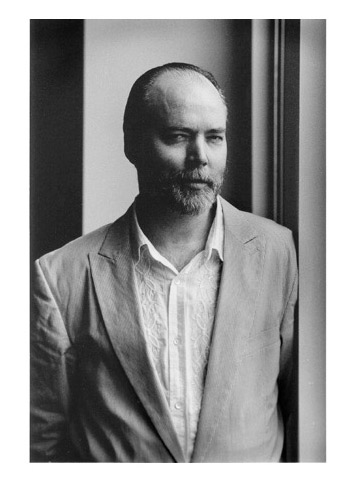 I did the same with Russell Simmons, but the room was too dark, and the photo didn’t come out.

Right after one of Joshua Roman’s concerts, I ran up on stage and asked if I could take his portrait sometime. I gave him my card and thanked him for considering it. I was so nervous, all I remember is my heart beating loudly, and feeling insecure as others watched me from off stage.

He showed up in my studio a few days later, we jammed it out and got some great photos. We became good friends. My husband and I ended up doing Josh’s publicity photos since 2007. And most recently, he hired me to document his wedding, knowing that I’d never done a wedding before. He trusted me more than I trusted myself.

Here are some photos with Joshua from our earlier sessions: 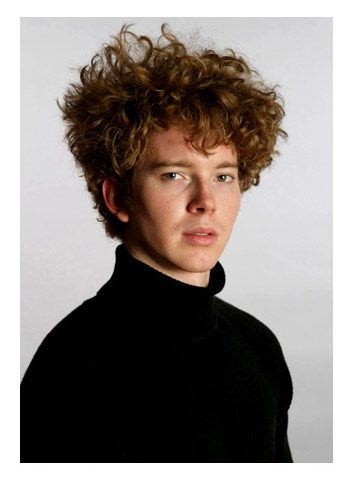 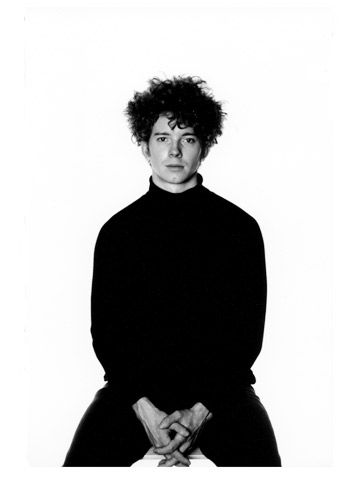 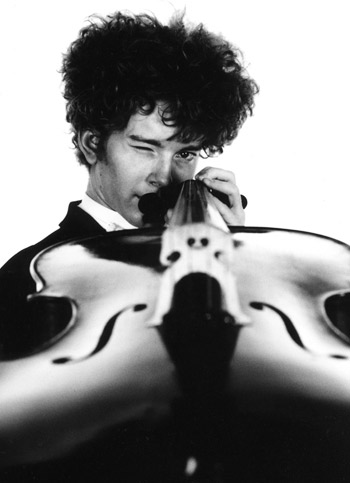 My goal at the time was to be published, and be taken seriously. And I was able to do that within my first year of shooting. The photos of Joshua were later published by over 50 publications and media outlets – they’ve been on the cover of magazines, used in newspapers, promotional materials and graced the center of concert posters.

One of my Tibet travel photos was published in the book “The Best of Photography 2007”. And an image from my Nepal collection was sold and published by the San Francisco Chronicles.

When you believe strongly in something, or some *seemingly* impossible dream, just go after it, and trust that it will become a reality soon. Your faith in yourself and your craft is vital.

Do it, even if sometimes following our hearts mean doing uncomfortable things like walking up to strangers, or saying things that might make us look stupid, or potentially getting caught with our “pants down” for not knowing what we’re doing. We all have those insecurities.

From years of developing a thick skin and doing things that scared me, I do know one thing to be true: when you sincerely take steps towards your goal, regardless of what that goal is, the universe will reward you in unexpected ways which will propel you to surpass your original goal and to reach your dreams.

The trick is to keep going, despite not knowing exactly how we will arrive there, and despite all of these mental tricks we play on ourselves.

The only thing we know right now is the next baby step we can take. Don’t trivialize or demoralize the power of baby steps. It’s important.

It’s important, because baby steps in the direction of our dreams, can mean that we eventually get there. And along the road, someone may surprise us and give us a ride in their car, allowing us to get there faster than anticipated.

People tend to give too much credit to luck, and natural talent. And then we judge ourselves for lacking talent and luck, thus, justifying our lack of action and lack of focus.

I love the saying that luck is the intersection between preparation and opportunity. It truly is. Luck is certainly most kind to those who have actively taken large steps towards their desired destination.

So what is it that you are dreaming about? What would make your dreams come true? What can you do this week, tomorrow, tonight that will take you one step closer? Remember, the step doesn’t have to be big; a tiny baby step will suffice. :)

Want more articles than the blog posts on this site? I’m currently experimenting with more frequent writing that reflects on something I’ve learned each day, or something that made me happy. This article was extracted and then polished from the TSN Insider Newsletter. You can subscribe here to receive my “TSN Insider” emails.